The head of underground Glasgow label Bricolage shares an hour of his favorite ambient tracks.

Can you tell us a little about your label, Bricolage?

Bricolage is a small independent label in Glasgow, Scotland. I launched the label (originally as a collective) in 2015. It was intended to be a means of collating and curating music I had found online, from both friends and peers, and in the process, hopefully gaining those artists more exposure through a shared platform. I’ve always had a very eclectic taste in music and Bricolage was the perfect way to expand on that whilst also bringing a like-minded community together.

Glasgow is a very musical city, but in terms of electronic music the city has long had a strong affiliation with house and techno. Although I have a deep-rooted love for the club/dancefloor side of stuff, I have always felt a bigger connection with the home listening/headphone side of the spectrum. Maybe I wasn’t looking hard enough but I could never really find an outlet that provided that varied and eclectic outlook I was after, and so Bricolage was born.

Is the focus on Glasgow / Scottish artists, or is your roster international?

We don’t really have any particular focus on one or the other. Our first compilation branched out as far as Japan and as close to home as my own brother-in-law. There’s no real preference. At the start I had to seek out music for the label. I reached out to Canada, South Africa, Australia, all over really. That trend of seeking sounds continued for the first few years. But as we slowly developed the aesthetics of Bricolage and shaped the direction in which it was travelling we started to receive demo submissions. Again, these submissions came both from here in Glasgow and across the world. We don’t shy away from our Scottish base and always like to support local artists but at the same time we embrace the fact that music is a global language that everybody can speak and we want to be able to portray that on Bricolage too. All are welcome.

What about genre, is there a specific focus?

There’s no real style we predominantly favour. In my opinion, there’s no need to put too much emphasis on such things. If anybody was to go back to the start and listen through our back catalogue you’ll stumble across all manner of music. We’ve put out ambient, IDM, techno, dub, glitch, trip hop, broken beat, vapor, acid or a variety of all of these things mashed together. What I would say is that in recent years we have, possibly inadvertently, leaned more towards that leftfield IDM and experimental ambient take on things. It’s just the way things panned out over 2018 and into 2019. That’s what the release schedule has provided over the last eighteen months. We still found time for some demented drum n bass (Sceadu) and warped techno (Loui Cleghorn) along the way! 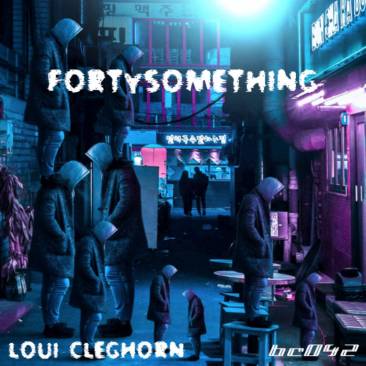 What formats do you release your music in?

As of now, we’ve mainly released on digital, but have had a few cassette and CD releases. We only had our first physical (Dyadic compilation CD) in October 2017 and since then we’ve had two cassettes, one from Belial Pelegrim and one from my own Fragile X project. Last summer we also had a twin CD release. A reissue of the Dark Fidelity Hi Fi Gentle Static Flow album, followed by his new album Found. Both are now almost sold out.

If all goes to plan we should be putting out another three cassettes and two CD’s this year. New releases from Dark Fidelity Hi Fi, Minimal Drone GRL, Sarmism, and Doxil, plus a split Fragile X and Esef EP. Throw in a new project from Manchester-based field recording expert Synda Sova and the Urgula Frequency Wars EP that’s incoming this month and 2020 is shaping up to be another belter. We also tentatively have two or three live events lined up, all of which, if go to plan, should provide something truly unique. I don’t want to say too much on those until I have further confirmation but the first of those nights is slated for summer.

The response to your mix has honestly been incredible. With so much competition, it can be hard for blogs and artists to get supporters to go beyond a like on social media, or a minute or two of streaming. Your listeners are coming in droves, and often staying for the full hour. Can you say a little about the Leit Motif  “Microsleep” series, and how it helped build a following on Mixcloud and beyond?

I started the Leit Motif project primarily as an outlet for my drone work. I found that Fragile X was becoming more about structure, story and sound design and wanted to continue making long form ambient and atmospheric drone as I’ve always found it more relaxing. I was having trouble getting to sleep during this part of my life,  so I started making small 20-30 minute mixes designed to help put me under, and that’s how “Microsleep” came about. I started posting the mixes to Mixcloud and it seemed a lot of people were relating to the sounds. I would get a fair amount of traffic and lots of messages from people asking for MP3’s of the mixes to listen to offline and so on. “Microsleep” then became a regular thing and Leit Motif subsequently pointed people in the direction of Bricolage and my other musical endeavours.

Leit Motif also kinda took off during the start of the ‘Microsleep’ series and the project briefly became another full time thing. I made a live performance mix for the Berlin based “Soundscape Versions” mix series, released a few EPs on Bricolage, did a few remixes and then as Bricolage became a bigger part of my life Leit Motif just kinda fizzled out. Today I mainly put all my energy into Bricolage and when it comes to production I focus on the Fragile X side of things. However, Leit Motif is emerging back out of the shadows with a few releases on the “Light At The End” label over the next few months…