A year after jjjacob first caught our attention with his album Nondestructive Examination, we dive back in to the Copenhagen producer’s latest offering, Vulnerable Growth.

Jacob Stoumann Fosgrau has his ear tuned to the bleeding edge of electronic music.  In an interview we did with the Copenhagen-based producer last year, he name-checked Amnesia Scanner, Oneohtrix Point Never, Lotic, and Rabit as favorites – definitely some of the most visceral, jarring stuff being made today.  While Fosgrau’s own sound as jjjacob dials down the intensity a bit, he’s still carving out a unique sonic footprint unlike anything else I’ve heard, built from emotional, otherworldly synth climaxes and a strong rhythmic undercurrent. 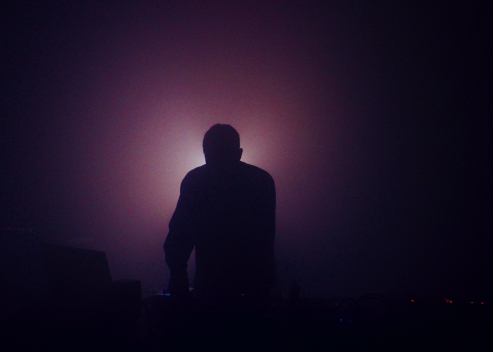 jjjacob has been prolific over the last few years, releasing on labels such as Egypt’s ANBA, France’s High Heal, and Canada’s &options, but for his latest album, Vulnerable Growth, he’s releasing it himself. This is fitting, since the music is deeply personal and inspired by Fosgrau’s development as a human being. The cover art (also made by Fosgrau) depicts a chaotic swirl of turmoil, with a small flame rising from the top, victorious but still so fragile. Similarly, the music feels exhilarated but full of anxiety, tentatively aiming for the stratosphere and beyond.