Luxembourg’s Victor Ferreira, a.k.a. Sun Glitters, has been in workaholic mode lately, releasing an album and movie last year, touring Europe with Arms and Sleepers, and helping with video and production work for Rome in Reverse.  Today he’s pulling another new project out of his sleeve; a split EP with vocalist TVRQUOISE.  The Los-Angeles based singer, born Faye Wellman, lends a beautiful human voice to Ferreira’s synth arrangements, which haven’t seen vocals much since his 2016 release with Nadine Carina. 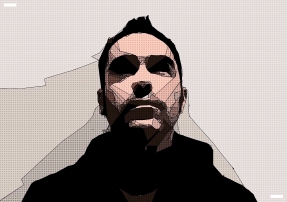 “Is This Real” starts off with a live wire of an electro hook and a robotic filter on TVRQUOISE’ voice, before her real voice takes over for the titular chorus, punctuating it with a Jessy Lanza-esque yip.  Wellman is even more the focal point of “Calling Out (Reprise),” a hypnotic track in which Ferreira’s melodies loop and swirl around her repeated question “why do you have to say that?”  The track is a rework of an older song by TVRQUOISE, from before the two decided to collaborate. 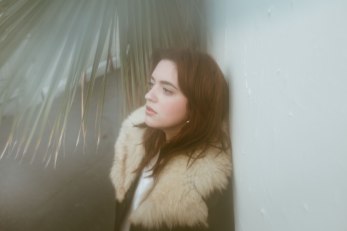 The release is short but sweet, and the first I’ve heard of from a group called DXFXWXU Collective.  Stream it below, and buy it on your preferred digital platform tomorrow.